12 July 2022- On the 40th anniversary of the motion picture Tron (released 9 July 1982), the first feature film to depict the digital world known today as the metaverse, the film’s producer Donald Kushner and his Gumbotron production team have partnered with Forj, the Animoca Brands subsidiary and Web3 tech company, to produce a new metaverse story world – Cryptosaurs.

Cryptosaurs is the “next evolution of dinosaurs,” taking audiences on a journey utilising Web3 technology that will bring each Cryptosaur character to life. The series will begin with limited edition Cryptosaur NFT ‘egg drops’ in Fall 2022, with each 3D egg offering holders the ability to ‘hatch’ their very own, completely unique, digital collectible Cryptosaur.

Each egg is a mystery box containing a line of code. A ‘gene randomizer’ will then determine a sequence of ‘freeze-or-hatch’ events in early 2023, in which holders of the eggs will learn what species of Cryptosaur they have been awarded, and how and where it can be put to use in the metaverse.

The products the production team will make available to holders via their Cryptosaur characters are expected to include play-to-earn games, fine art, a feature film, VR and AR immersive museum exhibits, educational media, a graphic novel, and even a pinball machine.

The new digital collectible project will bring to life the vision of the original Tron film, with the characters eventually becoming avatars in the metaverse, made possible through Forj’s own metaverse infrastructure brand – Metaprints.

The high-profile team behind the Cryptosaurs project includes Creative Director John Scheele, who has worked on both Tron and Blade Runner, and Head of Creative Doug Ferguson, former Senior VP of Product Development at The Pokémon Company.

Speaking ahead of the Tron 40th anniversary and Cryptosaurs launch, Producer Donald Kushner said: “What we began with Tron, we are continuing 40 years later with Cryptosaurs. The difference is that in Tron we had one story about one human character in a digital world. In Cryptosaurs, the number of characters, storylines and revenue-producing derivatives we can generate is unlimited. I think Web3 is going to completely re-arrange the media and entertainment business.”

Liam Boyd, Forj Head of Music and Entertainment, added: “We’re delighted to be working on this exciting and unique project alongside such legendary filmmakers. This immersive experience, showcasing the power of Web3, is the perfect way to celebrate 40 years of the iconic film Tron. We want fans to see Cryptosaurs as the realisation of a number of the original themes that Tron introduced, and of course welcome new audiences as well.”

Mike Bonifer, Head of Storytelling for Cryptosaurs, stated: “Forj understands how to build communities and markets in the metaverse. Its NFT minting process is holistic, and is designed to generate long-term community relationships with game mechanics and storytelling.” 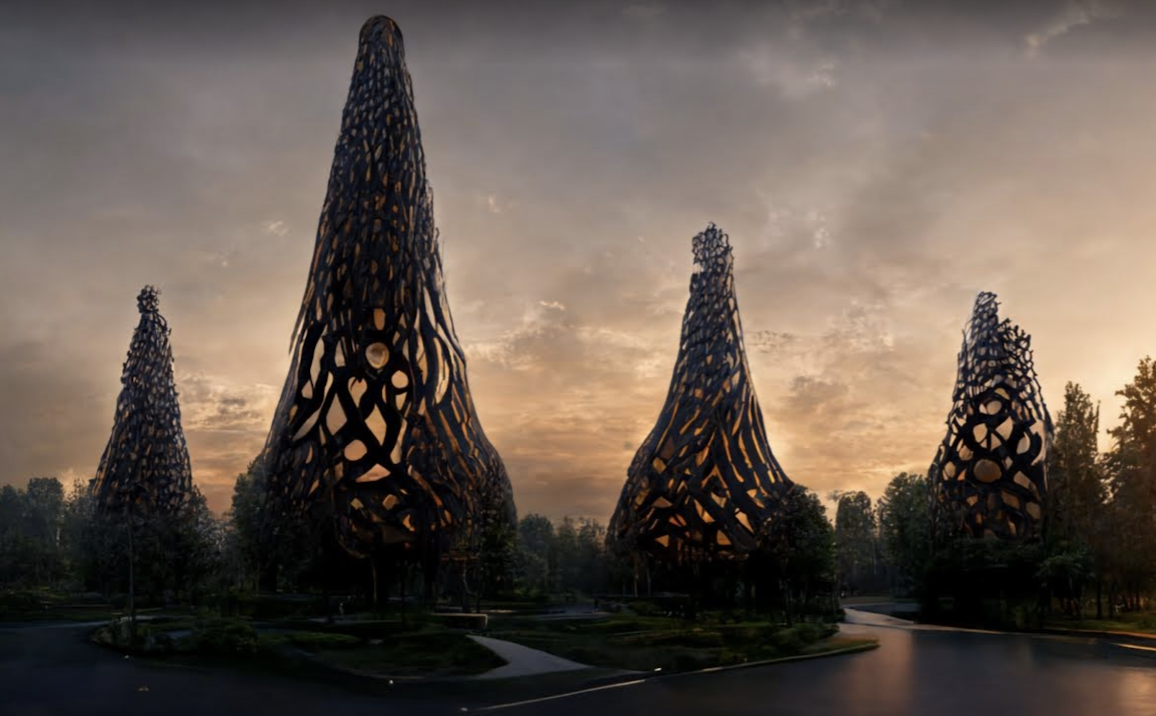 More news will be announced soon, and in the meantime audiences can register their interest in Cryptosaurs and receive a FREE digital collectible at www.cryptosaurs.ai, or follow @Cryptosaurs_ai on Twitter.

Forj, a subsidiary of Animoca Brands, delivers leading Web3 products and technologies that create unique fan experiences for creators. A truly end-to-end solution, Forj is the next frontier of fan engagement through its use of NFTs, metaverse protocols, and blockchain tech to bring fans closer to their favorite creator brands in Music, Entertainment, Gaming, and beyond. With major partnerships including influencer Logan Paul, Grammy-nominated musician Lewis Capaldi, and leading creator platform Spring, Forj has an enviable track-record of success in the sector.

Gumbotron is a Web3 studio founded in 2021 by Donald Kushner, John Scheele and Mike Bonifer to specialise in metaverse storytelling. Gumbotron combines cinematic techniques, game mechanics, art, technology and a distributed production model to build profound new worlds that let audiences engage deeply with a story and its outcomes and to provide, via smart contracts, equitable participation in intellectual properties for their creators and investors.

No comments to show.